An iconic basketball personality of Thessaloniki, coach Mike Kalantaridis paid a visit to Trace ‘N Chase last week sharing some of his vintage stories and meeting the Trace ‘N Chase team.
Mike has coached various youth, junior and professional basketball teams, being responsible for the player development of professional athletes likes Aris Cholopoulos, Nikos Kouvelas, Giorgos Farmakis, Pantelis Papaioakeim and many more, while he was instrumental in locating and bringing David Ancrum to G.S. Iraklis B.C., a legendary scorer who averaged 33.7 points, 4.5 rebounds, 1.1 assists and 1.1 steals in 104 Greek League games. 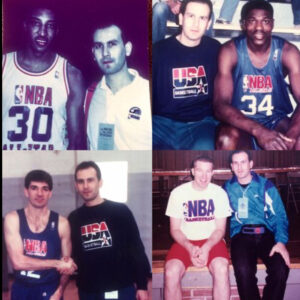 Mike is also widely known to the basketball community of Thessaloniki for introducing basketball sneakers, NBA jerseys and all kinds of athletic apparel to the market in the late 80’s with his iconic store “Tetragono Sports”. Generations of kids and teenagers became regulars at Tetragono as the growth of the NBA created many fans who just wanted to “be like Mike”… 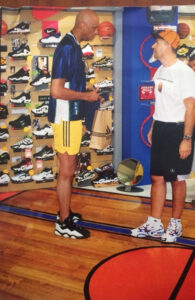 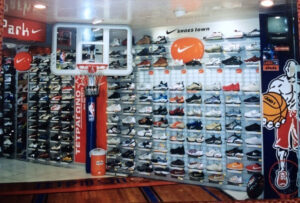 Mike will be back at Trace ‘N Chase soon so stay tuned for even more basketball stories!!