Born in Thessaloniki, Coach Livanos is a direct product of the YMCA academies where he spent most of his playing time as a basketball player, becoming a teammate of Greek superstar Nikos Zisis in the men’s team.
He started his coaching career with the women’s team of Panserraikos BC in the Women’s Division I (A1) at the age of just 20 years old, helping the team finish 6th in the 2002-03 season, while he had stints with Apollon Kalamarias BC, AON Triglias BC and Aias of Evosmos BC. 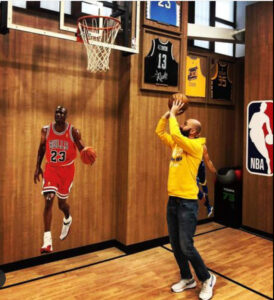 Yiannis then moved on to men’s coaching in the B National Basketball Division, first with Anagennisi BC and then with MENT BC, while he successfully collaborated with the “tiger” of Greek basketball, Vangelis Alexandris, as an assistant coach in the National Team of Jordan, participating in the 27th Asian Championship in 2013 in Manilla, Philippines where the team finished 7th.
He later became the youngest Greek coach to ever work abroad as a head coach (with EON and APOP in the A1 category of Cyprus), while in the last few season seasons he also successfully led Hermes of Agia Larissa, maintaining the team in the third place in the A2 category up until his departure. Panionios BC, a historic basketball club that has struggled in regent years was the latest head coaching gig for Yiannis who is currently exploring his options and is preparing to return to the benches!