“The Show” with 2013 EuroCup Coach of the Year Fotis Katsikaris

The Show by Trace ‘n Chase is back for another week and Vassilis Skountis hosts the 2013 EuroCup Coach of the Year Fotis Katsikaris to talk about his long journey as a basketball player and coach. Entertaining and untold stories about Dušan Ivković, Krešimir Ćosić, Martin Müürsepp, Larry Bird and what really happened in Utah with Quin Snyder, Donovan Mitchell and Rudy Gobert! 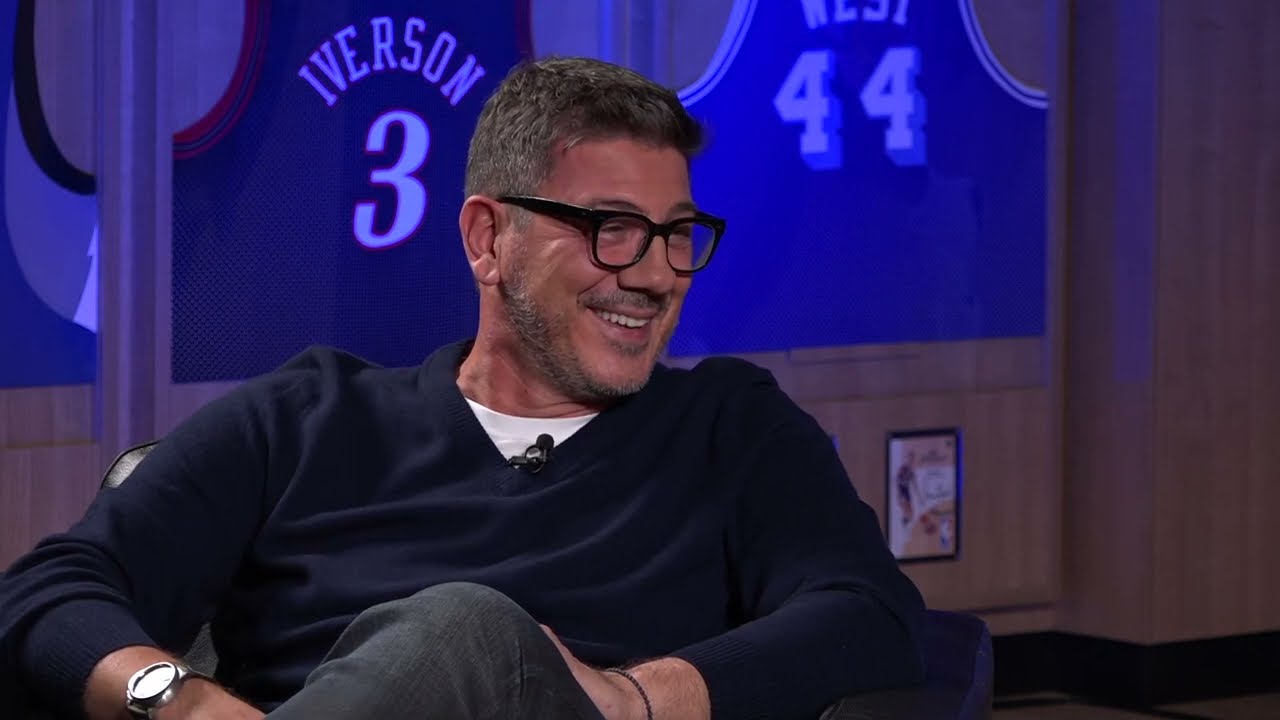 Katsikaris began playing basketball in the youth system of Ionikos Nikaias, and was promoted to the senior men’s team at the age of 15, setting a record (at the time) for being the youngest player ever in the Greek top division. After a few years with Ionikos and Sporting, he made the big step up in his career to AEK Athens, in 1990. A sophisticated pass-first point guard, Katsikaris played for AEK for six seasons before joining Irakleio, where he stayed for two years, before retiring. Throughout his career, he played in a total of 197 games in the top-tier level Greek League, scoring 707 points. While recollecting on his playing years, he has mentioned Panagiotis Giannakis as his role model, Rolando Blackman as his best ever teammate, and Nikos Galis as the most difficult player for him to guard. He’s also said that his former coach, Krešimir Ćosić, was the man who changed his life when he signed him for AEK while Katsikaris was about to quit basketball (at the age of 23), and go to the United States for studies!
After his retirement from professional basketball in 1998, he took up the position of assistant coach at AEK from 1999 to 2003 where he was an assistant to Dusan Ivkovic and Dragan Sakota at AEK, in the most successful period of AEK’s modern history, as he won 1 championship and 2 Greek Cups, as well as 1 Saporta Cup. After five years as an assistant at AEK, he was promoted to head coach of the team, a position he held for two seasons (2003-04, 2004-05). As head coach, Katsikaris led AEK to the finals of the playoffs in the Greek league and the round of 16 of the EuroLeague in the 2004-05 season while during his tenure he promoted new players such as Nikos Zisis and Giannis Bourousis.
Katsikaris then assumed the technical leadership of the Russian club Dynamo Saint Petersburg where he finished 2nd in the Russian league in the regular season and eventually 3rd after the playoffs in the 2005-06 season. In October 2006 he assumed the technical leadership of the Spanish team Valencia before taking over as coach of Aris and then returning to Bilbao where the team avoided relegation, but failed to participate in the playoffs for one win and reached the final four of the EuroCup. The following season, Bilbao reached the play-off finals in Spain, knocking out Valencia in the quarter-finals and Real Madrid in the semi-finals. They lost out to Barcelona who were crowned champions of Spain, but the 2nd place, after the playoffs, was the highest in the team’s history. This 2nd place saw Bilbao qualify directly for the EuroLeague group stage next season. In the 2011-12 EuroLeague season, Katsikaris led Bilbao to the quarter-finals where they were eliminated by CSKA Moscow, while in the Spanish league they finished sixth and were eliminated in the quarter-finals of the play-offs.
In June 2014 he assumed the technical leadership of the Greek National Team. With the National team, he took part in the 2014 Mundobasket, the 2015 EuroBasket and the pre-Olympic tournament 2016 in Turin. The following years he coached the Spanish team Murcia, Russian club Lokomotiv Kuban, Hapoel Jerusalem and Tenerife before moving overseas to become an assistant coach with the Utah Jazz, thus becoming the first Greek coach to sit on the bench of an NBA team!

The Golden Era of Aris B.C. with Haris Papageorgiou, Vassilis Lipiridis and Giorgos Doxakis at “The Show”!

END_OF_DOCUMENT_TOKEN_TO_BE_REPLACED

“The Lost Tapes”, powered by Stoiximan, are back with EuroLeague, EuroBasket and World Cup champion Dimos Ntikoudis!

END_OF_DOCUMENT_TOKEN_TO_BE_REPLACED

FIBA U-20 and U-18 European Champion with Greece Vassilis Christidis stops by Trace ‘n Chase!

END_OF_DOCUMENT_TOKEN_TO_BE_REPLACED

Lefteris Kakiousis, Dimitris Papadopoulos and Nikos Kouvelas bring back the memories for Iraklis B.C. in “The Show”

END_OF_DOCUMENT_TOKEN_TO_BE_REPLACED

“The Show” with EuroLeague and EuroBasket champion Giannis Bourousis

END_OF_DOCUMENT_TOKEN_TO_BE_REPLACED

Hall of Fame Coach Rick Pitino kicks off Season 2 of “The Lost Tapes”, powered by Stoiximan!

END_OF_DOCUMENT_TOKEN_TO_BE_REPLACED

“The Lost Tapes”, powered by Stoiximan, in a “EuroBasket” edition with the Coach of the Greek National Team Dimitris Itoudis!